“In the early days (1920s) local people wouldn’t eat prawns. You couldn’t give them away. They thought they’d poison you. Well we knew better because we’d been eating them since we were kids.”

Apart from whaling and pearling, commercial fishing was largely ignored and of little economic importance to Australia before the Second World War (1939-45). Australians at the time preferred meat rather than fish and there was a better living to be made in land-based industries.

Early fishing families often alternated between catching fish and prawns. The wave of non-Anglo migrants after the Second World War, the downturn in other fishing industries like tuna, and adoption of better technology, were all instrumental in the expansion of the prawn industry in southern, western and northern waters.

Small scale commercial prawn fishing in Australia began along the east coast of Australia as early as the 1840s where hand scoop nets were used in places like Queensland’s Brisbane River.

“You see when we were prawning we used to have something similar to another seine net, but there used to be two of us who would haul that net. One would be on the shore and the other fellow would be out up to his shoulders in water, and that’s how we used to catch the prawns.”

The Beginning of Trawling

Trawling using nets attached to a beam began in Southern Queensland rivers in the 1900s.  Today’s more widespread method of fishing using a net connected to a pair of boards (otter boards) to spread the net while it was being towed, began in 1926 in Port Jackson, New South Wales. The technique spread north to the Clarence and Hunter Rivers and to nearby Hawkesbury and Botany Bay in the 1940s, to Moreton Bay, and then to Hervey Bay and the Gold Coast in Queensland in the 1950s.

When mechanical winches were introduced to haul in the nets the boats could travel into deeper waters. Better road transport meant that prawns could be sold in major centres once they were cooked on shore. Fishing developments included the use of multiple nets, devices to reduce bycatch, sounding equipment to scan the ocean floor for prawns and fast on board sorting, cooking, packaging and freezing equipment.

“The fishery began up here with line boats that could only stay out for three days. You had to get the prawns back before they got black spot and died. … But then technology got better and the ships could stay out for six weeks or six months.”

The Beginning of Commercial Prawn Fishing

Commercial prawn fishing in Western Australia, South Australia and in the northern waters commenced around the 1960s and Victoria in the 1990s following surveying of prawn stocks to try to find commercial quantities.  In the 1960s, Western Australian prawn fishing began in Exmouth and Shark Bay, South Australian prawn fishing began in Spencer Gulf extending to West Coast and the St Vincent Gulf, and fishing in the Northern waters extended from the Gulf of Carpentaria and across the top of Northern Territory to Cape Londonderry in Western Australia. Many fishermen had multi purpose vessels, fishing around the coast according to what was in season.

“If you built a prawn trawler in those days (1960s) and wanted to get funding from the bank, you had to say that it could be converted to tuna fishing, otherwise they wouldn’t give you any money, because that was the magic word. Nobody was interested in prawns.”

In both South Australia and Western Australia the fishermen had an early history of agreeing to restrict and record their catch so that the prawns weren’t over exploited – an approach that stands today across all prawn fisheries and is supported by scientific research. 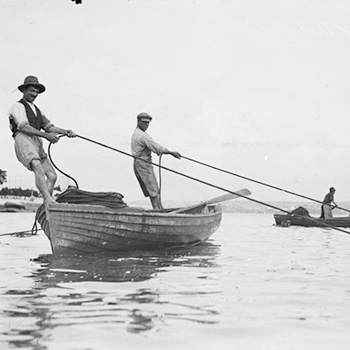 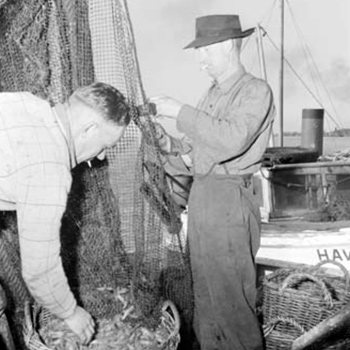 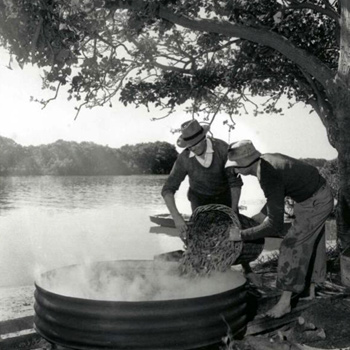 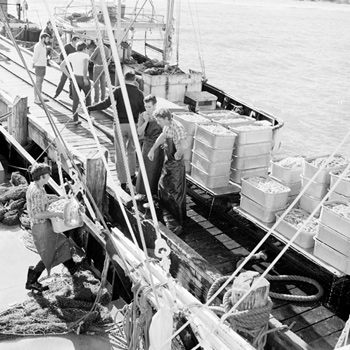